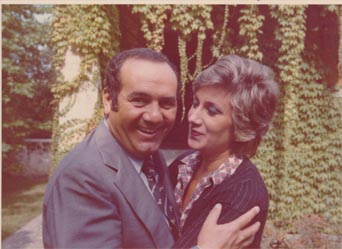 In 2010, when Mario Colla passed away, his sons decided to continue his work, focusing on quality improvement and environmental sustainability. Fruit of this commitment is the current line VULPES, in reference to the name of the brook which crosses the property and suggests the presence of these animals typical of Friuli hills

In 1977, Mario Colla purchased part of today's company with the intent of building a summer home.

It was easy to fall in love with such an enchanting place: he commissioned the talented architect Carlo Mangani who, besides the house, also built a winery and since then he continued to expand his winery planting new vineyards every year. The large lawn that today welcomes visitors was wanted by his wife Vanna who personally took care of all the creation of it by replacing the arable land with a well kept garden surrounded by trees and high hedges: the entrance almost hidden to the unobservant eyes, the dirt road that goes down and passes over Rio Volpe and then opens to the view of the park, of the villa and of the vineyards has something magical, that takes your breath away every time. Later on, always under the direction of architect Mangani, was built the new wing of the winery which houses the warehouse and in its basement also the new barrique cellar, hidden and silent, where few carefully selected wines are aged.